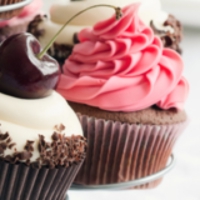 Most humans have a natural affinity for sweets. But it has not always been as easy to satisfy as it has been for the last 200 years since the invention of refined sugar. Before then, anyone wishing to eat something sweet only had two options: honey or fruit (fresh or dried). In either case, satisfying the desire in moderation was healthful.

Unfortunately, the situation today is very different. Although it is still completely possible to satisfy this desire with honey or fruit, few choose this option. The majority, particularly children, prefer pastries, chocolates, and other sweetened foods.

Let us look at various sweeteners, as not all of them were “created equal.”

Although they are not sweeteners in the strict sense of the word, sweet fruits represent the most healthful means of consuming sugar.

Molasses has significant nutritional value because the minerals, trace minerals, and vitamins are not removed, but some sugars are removed by crystallization and centrifugation. It is useful for iron, calcium, magnesium, and vitamin B6, and it is used therapeutically for iron deficiency anemia, osteoporosis, skin disorders, brittle nails, and hair. Blackstrap molasses is the preferred kind to use.

Honey is the oldest known sweetener and is attributed with the most healing properties.

The key drawback is overuse. Honey should be used with great caution in diabetes. Uncommonly, allergens can sneak into honey, manifesting themselves in itching and in mouth or digestive disorders. Knowing and trusting your honey source can prevent rare negative experiences.

Maple syrup contains 67.2% sugars, principally saccharose, and a certain amount of minerals (calcium, magnesium, iron, potassium, and particularly zinc). It provides virtually no vitamins. It is a healthful sweetener, but of less nutritional value than molasses.

Chemically, sugars are either mono- or disaccharide carbohydrates. The term common sugar (or table sugar) refers to a white, refined product extracted from sugar cane or sugar beets, which is composed almost entirely of saccharose. After an inadequate breakfast, long intense exercise, or fasting, sugar consumption alleviates fatigue and the feelings of anxiety and unease. It provides quick energy, and it is hypoallergenic. However, it is much better to avoid hypoglycemia with a correct diet based on whole foods which liberate glucose slowly and smoothly over a period of hours in the intestine.

Sugar and the Brain

Because sugar raises blood glucose too quickly, the body then produces too much insulin, resulting in an imbalance of energy supply to the brain. When this immoderate stimulus is combined with vitamin and mineral deficiencies, the high-sugar program tends to imbalance brain chemistry, physiology, and behavior.

Corn syrup is derived from cornstarch. Some corn syrups contain a high proportion of fructose, such as high fructose corn syrup (HFSC). Regular consumption of HFSC is associated with non-alcoholic fatty liver disease, increased cholesterol and triglycerides, and hyperuricemia.

These sweeteners are used as additives to foods, giving them a sweet flavor, but supply very little or no nutritional value. Today, the food industry has more than 200 chemical substances. The use of these substances is growing, due to the increasing interest in the developing world in lowering caloric intake. Saccharine, cyclamates, aspartame, and acesulfame K are the most commonly-used chemical sweeteners by the food industry as well as by individuals. They are also the most criticized. Drawbacks to Chemical Sweeteners

Stevia (stevia rebaudiana) is used as a no-calorie sweetener. The ground herb is usually refined to a white powder, with its sweetness concentrated. Depending on how it is processed, it can have a bitter aftertaste. Benefits of stevia:

Although no toxic effects of Stevia have been reported, it is still under clinical research. But this sweet herb emerges as a healthful alternative to chemical sweeteners.

The big debate centers on whether HFCS is worse than common table sugar as far as contributing to obesity and other metabolic problems.

Evaporated Cane Juice is a loosely-defined term which can include combinations of sugars such as sucrose, glucose, and fructose. It is less processed than common table sugar, but only by one processing step. Nutritional benefits are very minimal, as evaporated cane juice contains only small amounts of vitamins and trace minerals, and has the same amount of calories as table sugar. Thus, it is, essentially, sugar.

Agave Nectar has been heavily touted due to is lower glycemic index than most other sweeteners. However, other data raises concerns for the safety of this sweetener. Some agave nectars have very high fructose levels, in some cases over 90%, which may make it (in this respect) more problematic than high fructose corn syrup.

The high amounts of fructose in agave may contribute to a host of problems like higher blood levels of free fatty acids, interference with insulin production, and an increase in abdominal fat. High fructose consumption has also been linked to fatty liver, obesity, diabetes, heart disease, hypertension, and metabolic syndrome.

Agave nectar not only contains high levels of fructose, but also saponins, steroid derivatives known to (in some cases) cause diarrhea and vomiting. They have also been linked to miscarriages, making it vitally important that pregnant women abstain from agave nectar. Agave is considered a potential teratogen, meaning that it may disturb fetal development and cause birth defects.

Crystalline Fructose consists of 98% pure fructose and 2% water and trace minerals. Consequently, the growing concerns with fructose as a refined sweetener render this agent suspect as well. (None of this, however, should put fruit itself in a bad light. The naturally-occurring fructose found in fruit is unrefined and is not as quickly absorbed because of the fruits’ fiber. Also, naturally-occuring fructose is bound to enzymes that facilitate its proper metabolism.